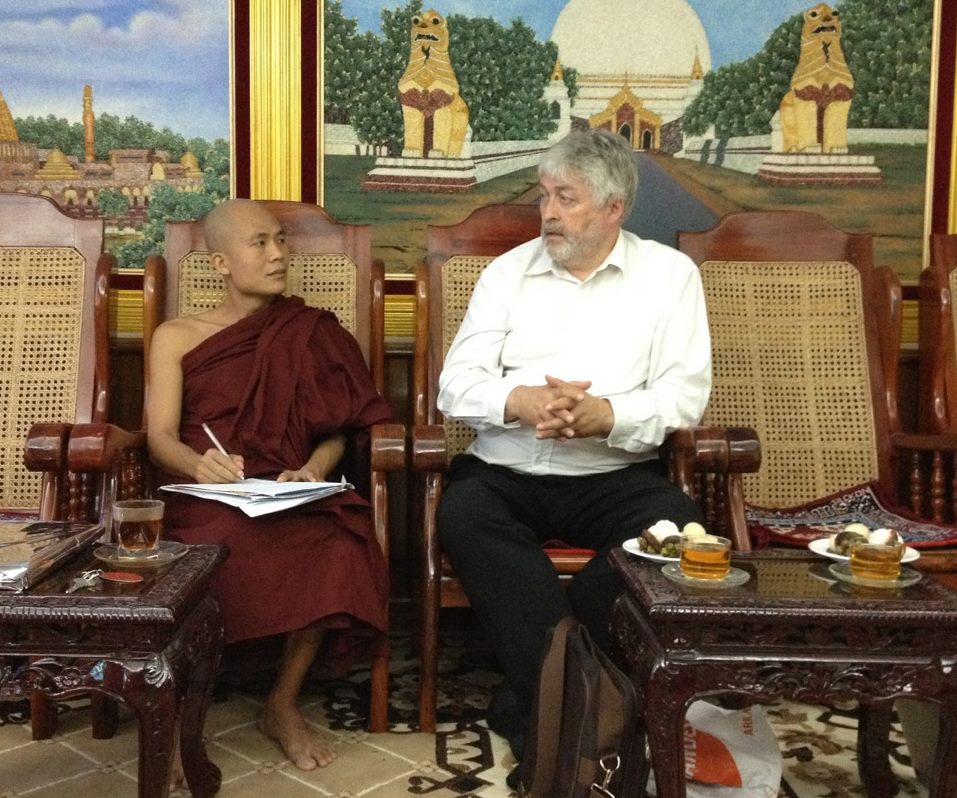 The President of the Buddhist Federation of Norway, Mr. Egil Lothe and researcher for
the Buddhism and religious minorities project, Dr. Iselin Frydenlund went on an
exploratory trip to Myanmar in June/July 2014. The aim of the trip was to learn from
Buddhist monks and laypeople about interreligious relations in Myanmar, to understand
their concerns, and to discuss peaceful ways ahead. Lothe and Frydenlund were
received by high-respected monks such as U Panditabhivamsa of the Panditarama Shwe
Taung Gon Sasana Yeiktha, the rector of the State Pariyatti Buddhist University XXX, and
high-ranking monks at the Sitagu International Buddhist Academy (SIBA) in Yangon and
Sagaing. Also, meetings were held at one of the most important nunneries in Yangon.
With assistance from local partners, several meetings were organized. One of the
meetings was between the Buddhist Federation and several representatives from
Muslim organizations. Concerns over deteriorating interreligious relations and the
“political exploitation” of religion were discussed. Two other workshops, one in Yangon
and one in Mandalay, were exclusively between Buddhist monks and nuns and Buddhist
laypeople. In trust and confidence important issues were raised concerning Buddhism
and human rights and the importance of religious freedom for all.