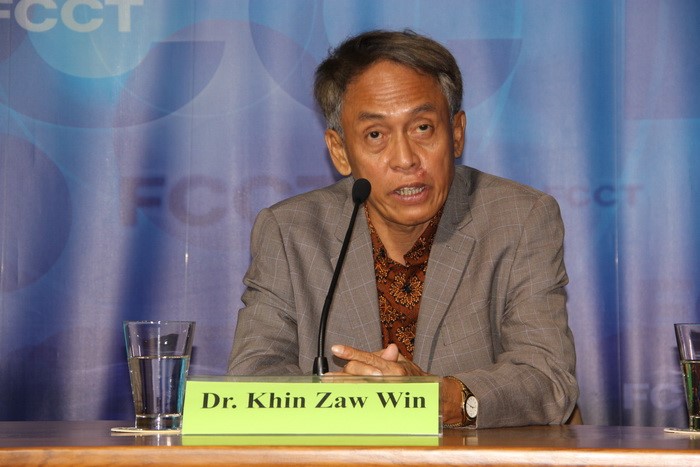 To be on the conference circuit was something that had been impossible for an ordinary Myanmar citizen until quite recently. Even after 1988, a passport application took six weeks and one had to return the passport at the airport upon arriving back. I managed to attend just two international conferences in those straitened days and each time, the application ordeal had been nerve-wracking. I remind young people today that freedom is never so precious as to those who had had it denied to them, or taken away from them – both of which I had experienced.

So in enjoying this new-found freedom, I feel obliged to share things I have learned. Particularly if the topic in question is about an aspect of religion that is making headlines and headaches today. A Norwegian duo – the president of the Buddhist Federation of Norway and a professor of religious studies – is leading a project on “Affirming Buddhist Values Regarding Religious Pluralism”. This conference which was a joint effort with Mahidol University in Thailand, was titled “Towards a Buddhist Understanding of Religious Minority Rights”. Sangha as well as lay participation came from Thailand, Sri Lanka, Myanmar and Bangladesh.

The general context that was laid out, especially by the academics, was the Theravada Buddhist teachings and instruments like the International Covenant on Civil and Political Rights. As with such events, it was the discussion that was most interesting and valuable. At least three presenters including myself invoked the Rock Edicts of the Indian Emperor Asoka, Edict XII in particular which enjoined respect for other religions. The strength of those words inscribed in stone over two millennia ago and the brilliance of that Mauryan Age still come across as yardsticks for our troublous times. But how they and the canonical teachings can actually address present-day realities is something else again.

The overall sense was that of Buddhists being poorly-understood by the rest of the world, and of them being the aggrieved party. Buddhists believe that theirs’ had always been a peaceable non-proselytizing religion and it was the others that had made impositions on them.

But when the generalities are done with, national and sub-national voices are necessarily given their say, and through their frankness elicit an array of emotions. The Sri Lankans tend to be a shade defensive about what is happening in their country. They do give reasons for the current state of affairs in relation to other religions. I think we can be objective in gatherings like this, since the intention is not to apportion blame but to find solutions.

A young Shan monk talked about his state and his people. He drew notice to the many Shan refugees on the Thai border. After many years in such conditions, the refugees wish to leave and be resettled in third countries. When some agencies offer resettlement on condition of conversion to another religion, the refugees have little choice but to accept.

The issue of proselytism and conversion through inducements raised some ire. A Sri Lankan barrister took this up with some vehemence, pointing out that there are international conventions against these sorts of practices, such as Article 18 of the ICCPR and readings on it. Personalities, backgrounds and life stories come up, and on occasion say more than bland papers and presentations. One of the Thai participants was a Buddhist monk from the Deep South who had once been injured in a bomb attack. There were two presentations on how the troubles in southern Thailand are a consequence of the Kingdom of Siam’s expansion and incorporation of Muslim Malay sultanates in the 19th century and earlier. In our present time there are the three major Theravada-majority countries facing ethnic- and religious-minority problems.

The most fascinating personal story was from another Thai academic who is now with a respected university. [I write with his permission]. In addition to gaining degrees from top universities in the world, he had been a monk for 25 years. He has a medical degree too and in a bit of forensic sleuthing, he claims that Gautama Buddha had died from a condition known as mesenteric infarction. He has published a paper on this in a renowned Buddhist journal. As if that were not enough, his penchant for research and provoking controversy had led him to assert that the Buddha’s life story had been employed by a Thai monarch to justify his consanguinity [he had taken his cousin to wife]. To crown it all, this highly-educated monk-turned-academic makes a claim that in his last illness, the Buddha had been nursed by Bhikkhunis [female ordained monks] but regrettably these had been expunged from the patriarch-dominated histories. This must have been too much for the supreme sangha authority and there had been pressure on him to leave the monkhood. So much for the time-honoured collusion between Sangha and state.

The Bangladeshi team appeared to be quite content in their situation, as part of a Muslim-majority country. I was a little surprised to learn that although Buddhists make up only 0.6% of the huge population, it still comes to two million.

This workshop was a constructive one, with more activities to follow. The Theravada countries are a little self-absorbed and need to look beyond their national [and ethnic] confines. And the Theravada needs to look beyond itself too. It is in this ‘connectivity’ that a helping hand and ideas from a country like Norway are being instrumental. To be specific, the actual activity comes from the Buddhist Federation of Norway and academia, but it being funded from development assistance administered by the Norwegian Agency for Development Assistance. A parallel enterprise going on with a Thai Buddhist university is the compilation of a common Buddhist text for the use of all sects and traditions.

A word has to be said for Mahidol University which is reported to have attained top rank amongst universities in Thailand. I had paid a visit 20 years ago, and now it has become a huge institution set in a spacious campus. It is immediately noticeable that investment in education has been massive in Thailand, no matter whatever politics there may be. This is something we should keep in mind as a matter of urgency.

On the way back I ran into a Swiss diplomat friend who is both totally unassuming and totally dedicated to Myanmar’s welfare. While catching up, I told him about my purpose in coming, and when I added that the initiative had come from Norway, he said yes, Norway is doing so much. I said so is yours but he was self-deprecating as usual. It is not the size of the assistance so much as the heart that goes into it.